In December of 1970, Governor Frank Farrar created the boundaries for six regional Planning and Development Districts in South Dakota. Under the Governor's plan, District 2 consisted of the following six counties: Clay, Lincoln, McCook, Minnehaha, Turner and Union Counties. In 1972, the six counties came to an agreement on how the organization would be structured, and the entity was renamed the South Eastern Council of Governments (SECOG).

In the mid-1970s, SECOG had nearly 30 employees, a million dollar budget, and office locations in Sioux Falls and Vermillion. SECOG initially received most of its funding from the federal government. However, federal funds began to diminish and by the early 1980s, the Vermillion office was closed and staff was reduced to five people at SECOG. As SECOG began to receive more of its funding from local sources, SECOG's focus was modified to meet the needs at the local level. The City of Sioux Falls also assumed a more active role in the transportation planning process with SECOG maintaining the administrative arm of the MPO.

In 2002, SECOG created the South Eastern Development Foundation (SEDF), a regional revolving loan fund designed to assist individuals that want to create or expand a business in the region, and in 2006, SECOG created Dakota BUSINESS Finance (DBF), a certified development company which offers SBA's 504 loan program statewide as well as to numerous companies in IA, MN, and NE. SECOG serves as staff for both SEDF and DBF.

Back to Top
Site made from Web Concentrate 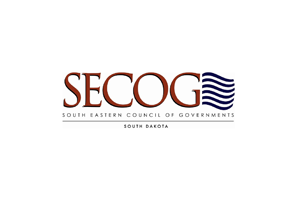